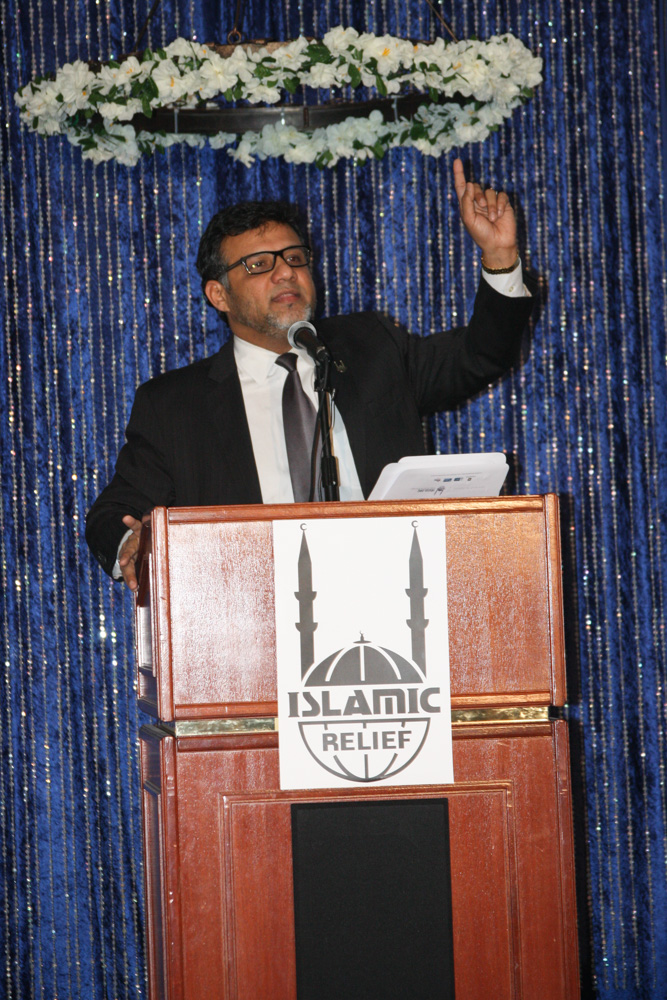 In Pakistan Azhar Azeez fit perfectly into the local saying that “the most mischievous child will go on to do great things.” Azhar was born in the city of Hydrabad and from the beginning of his childhood he was known to be bubbling over with energy. After 23 years of living in America and making himself a mainstay in the humanitarian and faith community, Azeez has proven to still have a youthful drive propelling a lifetime of service.

Azhar describes his father and mother as the most influential people in his lifetime. His father’s legacy as a retired principal and his mother’s career as a surgeon exposed him to professionalism and dedication.

Azhar Azeez holds a Bachelor’s Degree in Finance from the prestigious Osmania University and a Master’s Degree in Business Administration (MBA). He has been a member of ISNA Executive Council since 2002, and served as the Vice President of ISNA twice from 2010-2014. He was elected as the Presi202dent of ISNA in 2014 and was re-elected to his second term in 2016. He currently serves as the Senior National Director of Islamic Relief USA.

When he arrived in America Azhar came equipped with a firm education but he continued to cater to his thirst for business by attending classes at UT Dallas and working as a store manager at a local 7-11.

One thing that made Azeez an outlier and immediate asset to Islamic Relief USA was an ability to build lasting relationships in the business sector. Thankfully a number of them grew from his experience being leader of Hajj groups. Having been to over 12 pilgrimages as a guide his network grew from a spiritual foundation that spread over many regions.

Azeez participated in the genesis of Islamic Relief USA, and witnessed firsthand the sleepless nights, couch surfing, and Mcdonald’s fish filets eaten while on the journey to establish the young organization. He remembers the first times standing before audiences making appeals with now President Anwar Khan and how they both nervously stumbled through their elevator speeches. Today he commands a talented team of young developers for IRUSA who will be carrying on the mission of working together for a better world.